Penticton is located in the south central region of British Columbia, in an area known collectively as the Okanagan Valley. With over 2100 hours of sunshine, and only 15 inches or rain annually, the area has a comfortable climate year round. Penticton is one of just two cities in the world situated between two lakes.

The City is surrounded by two fresh water lakes and gentle rolling mountains. A wide variety of outdoor recreational activities is augmented by amentities such as a newly renovated Community Centre containing two indoor pools, 4 sheets of ice, tennis courts, a curling rink, and a state of the art South Okanagan Events Centre housing the Penticton Vees hockey team. Okanagan and Skaha Beaches feature nearly 15 acres of premium, sandy beach and swimming areas.  Along with all of the year-round recreational activities available, agriculture has been an important contributor to Penticton’s livelihood. There are over 80 wineries in the Penticton metropolitan area, 5 craft breweries and 3 distilleries all within easy distance of the downtown core.

A complete range of retail services and public education facilities, and a full spectrum of medical services including our acute care hospital with the newly constructred 6 storey patient care tower, round out the advantages that Penticton has to offer as a place to live and a place to do business.

The site of the city was first settled by the Okanagan people, of the Interior Salish language group, who initially named the community Phthauntac, meaning the "ideal meeting place", followed by Penticton, meaning a "place to stay forever", or officially "a place where people live year-round" in the Okanagan language.

The sternwheeler S.S. Aberdeen, which began service on Okanagan Lake in 1892, meant that more services could be shipped to the area. A group of residents formed their own local public government board for the community, by 1907, in the hopes of promoting the area. It was referred to as the Board of Trade, who attempted to specialize in arts, commerce, education, and recreation.Another sternwheeler was launched that same year, the S.S. Okanagan, for use on Okanagan Lake, while other sternwheelers served Penticton and other communities on Skaha Lake. Penticton was incorporated as a district municipality on December 31, 1908. Shortly after the district was incorporated, the fruit trees planted by Ellis, many of them apple trees, started to grow. Residents of the area packed fruit in boxes, so they could distribute it worldwide. In 1912, the Canadian Pacific Railway (CPR) developed the Incola Hotel for the city, which operated for approximately 70 years. 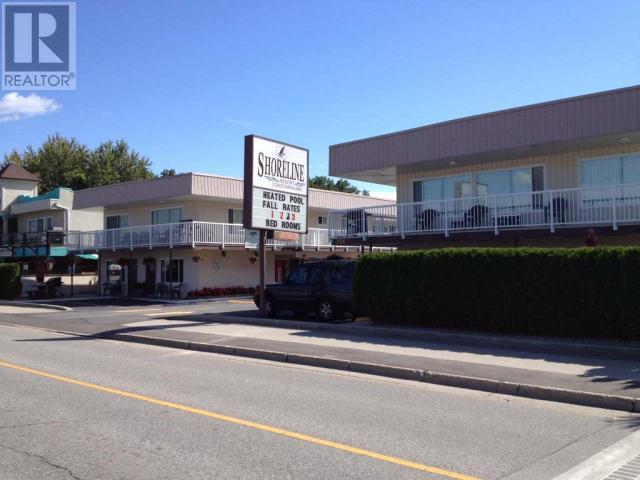 The trademarks MLS®, Multiple Listing Service®, and the associated logos are owned by The Canadian Real Estate Association (CREA) and identify the quality of services provided by real estate professionals who are members of CREA. REALTOR®. Member of CREA and more.

What's Your Home Worth? Find out now, for Free.